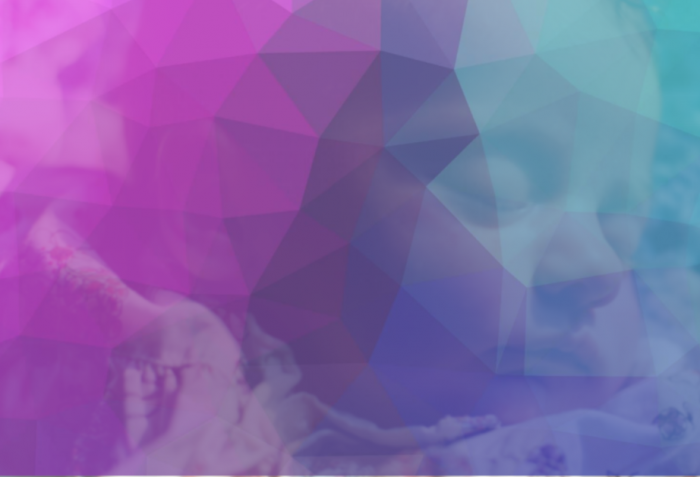 Directing again, and it feels so good. I’m directing a play reading of Sperm Donor Wanted, by Pittsburgh genius TJ Young. Working with a living playwright is so fun. Shakespeare can’t hear me complain when he gives me a hard problem to solve, but TJ is right there, chuckling in the background. The story is […] 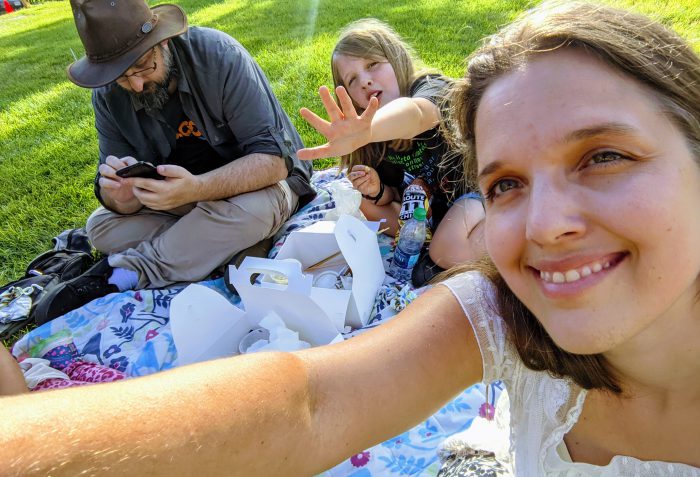 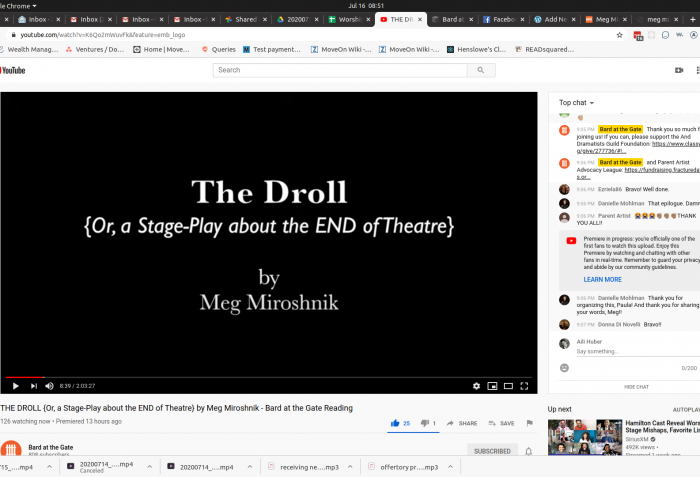 The Droll at Bard at the Gate

Paula Vogel has started a play reading series, called Bard at the Gate that is focused on highlighting works that, for whatever reason, aren’t getting programmed at major theaters, despite being excellent. This past week, the selection was Meg Miroshnik‘s The Droll. The play was originally written in 2009, but some of the lines landed […] 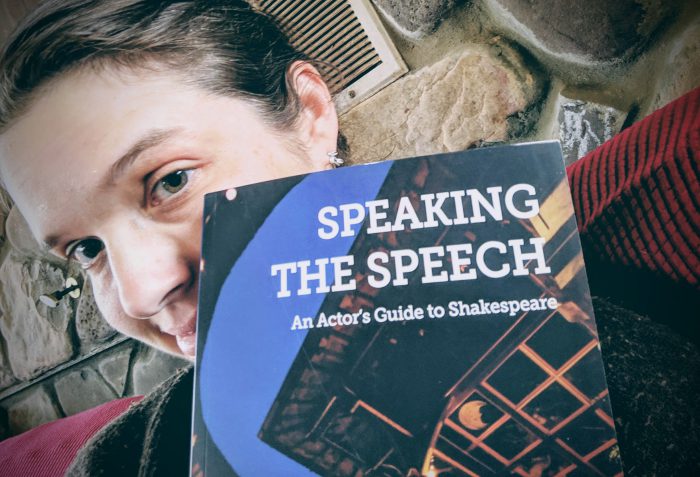 The book itself (oh, right, this is a Book Report post!) is a fantastic tool for actors and directors. It’s more accessible than Shakespeare’s Metrical Art, but more advanced than Mastering Shakespeare. I loved how, throughout, Block connected rhetorical and rhythmic concepts to playable actions. This is not an abstract text; it’s grounded in the work of the theater. 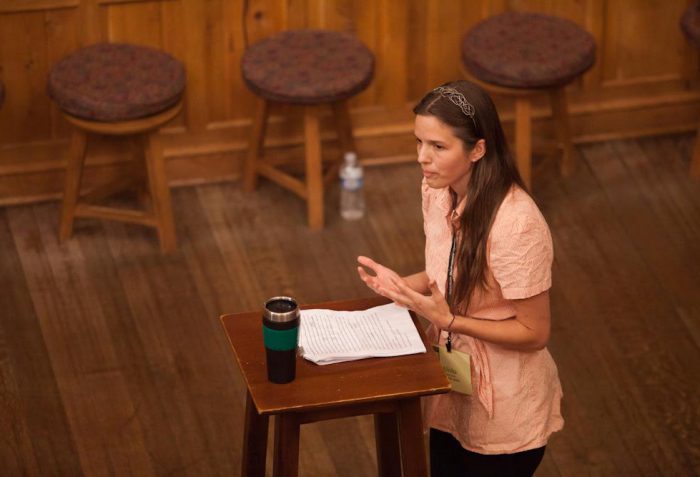 By Aili In Uncategorized

Some folks on a Shakespeare Facebook group had questions and opinions about Shakespeare’s musical stage directions, and when I said I had done one of my masters’ theses on this topic, they wanted to know more. Apologies in advance. If you read Shakespeare’s plays, particularly the histories, you’ll quickly notice stage directions like, “Sound trumpets […] 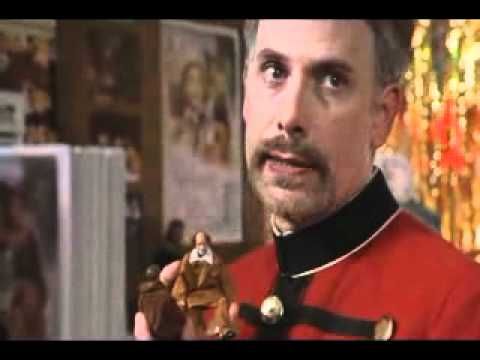 Our Dinner with Andre

By Aili In Paratheater, Reflection

In which I gather round the Zoom for a watch party. 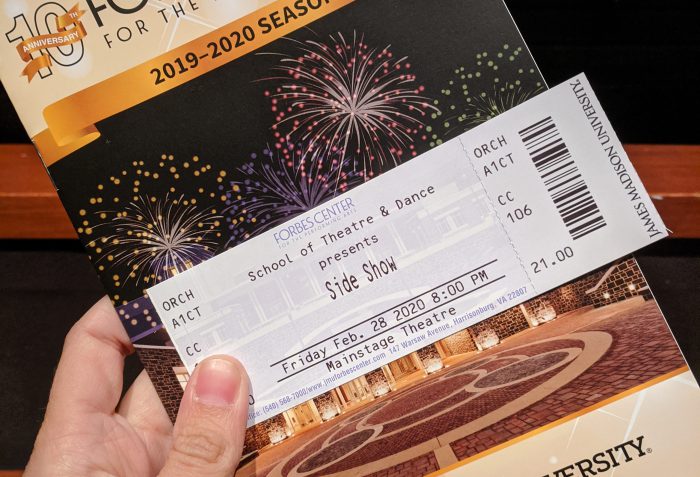 I feel extremely lucky that I happened to see an unusually large number of shows in the couple weeks before everything shut down. I’m slowly getting around to writing about them. Side Show, at JMU Theater, was a lovely show. I don’t love this score or this script particularly much, but I was curious about […] 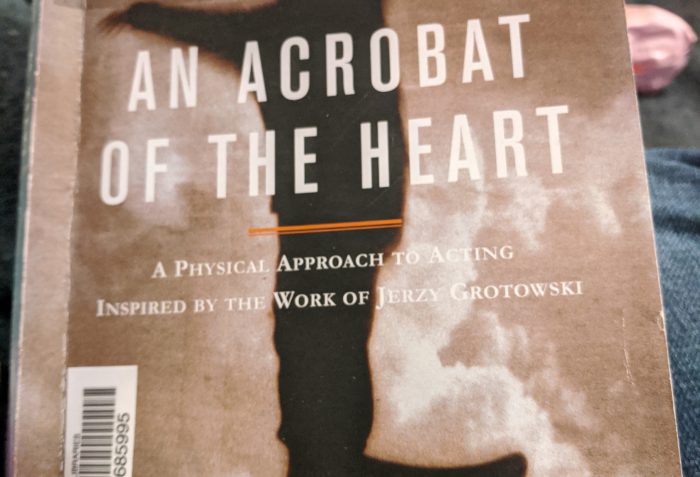 Book Report: An Acrobat of the Heart

When I was at the Shakespeare Theater Association conference in January (back when one Went To Things), three different people recommended Steven Wangh’s An Acrobat of the Heart to me. When something like that—something that isn’t new and trendy—pops into my world a number of times, I pay attention. So as soon as I got […] 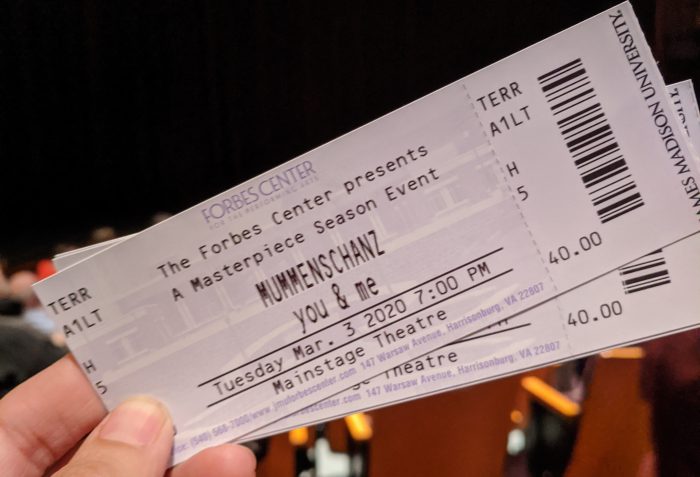 I luckily saw a fair amount of theater right before everything shut down. As usual, posting my reflections late, but it’s nice to have those memories of live performances to sustain me through the current drought. Like many Gen X/Millennials, my first experience of Mummenschanz was through the delightfully weird Sesame Street of the 1980s, […] 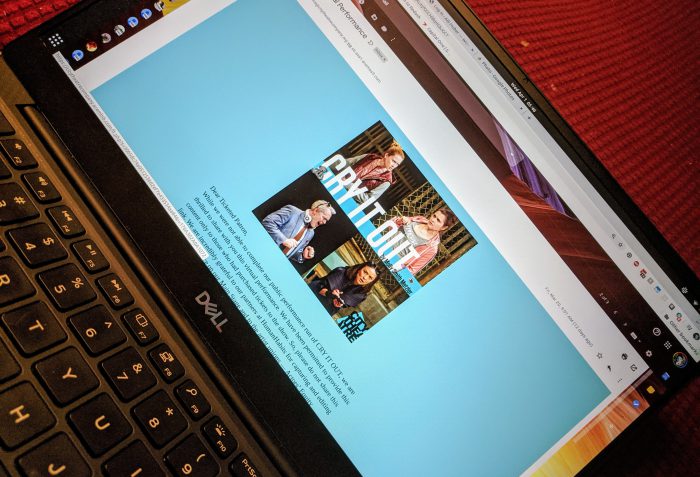 Cry It Out at City Theater

I’ve been hearing about Molly Smith Metzler’s Cry It Out for ages. It’s the story of two dissimilar neighbors who have babies at the same time and navigate the challenges of new motherhood together, becoming unlikely friends in the process. I hadn’t been able to get to a performance, but I was curious about the […]